Current board members, Patty Gates and Jean Daviet were recently honored at the 23rd Annual “Celebrating Women Gala” hosted by Friends of A Woman’s Place on October 21, 2017.

Patty and Jean join 9 other past W2W board members including Stephanie Torrez who was also honored this year. Please join us in congratulating them for their well-deserved honor! Patty and Jean’s bios from the event program are included below.

Patty Gates helped paved the way for Greeley’s future. How? By instilling her time, heart, and passion throughout the community. A Greeley native, she fully invested herself serving not only our city, but the county as well. Every organization with which she been involved has become stronger, more focused, and better positioned in the community. Each institution has benefited from her leadership, vision, and devotion.

Having studied Business Administration at the University of Northern Colorado, she honed her skills in the banking industry. Patty established herself as an experienced lender over the course of 30 years, accompanied by devotion to her customers, colleagues and employees. During a time when there were very few women in Senior Management, Patty was blessed to have had three great mentors during her career. These men gave her the opportunity to learn and grow professionally. She started as a consumer loan officer in 1984, helped establish 1st Choice Bank in 1992, and set up its real estate loan department. 1st Choice grew to $450 million and was acquired by Wells Fargo, at which point Patty decided she wanted to remain with a local bank instead of climbing the national bank ladder.

When FMS Bank entered the Greeley market, it identified Patty as the best person to represent the institution. She currently serves as Branch President & Chief Operations Officer for FMS. Her warm personality and sense of humor allow her to connect with people at every level. Her hard work is widely recognized by the community.

Patty’s leadership skills have contributed to a diverse group of organizations as board member and chair of the board. She takes her role seriously and works her way up through the organization to serve as the chairperson, a position where she excels. Organizations lucky enough to have been led by Patty include the Greeley Chamber of Commerce (two years as chair), Greeley Stampede Committee (two years as chair), Women2Women, A Woman’s Place, and the American Cancer Society and its Leadership Council. She has also served on the Business Advisory Committee for School District 6. In 2015 she was named a Woman of Distinction in Finance by Bizwest, and in 2016, Patty was named Citizen of the Year by the Greeley Area Realtor Association.

Greeley Chamber President Sarah MacQuiddy, says, “Patty’s dedication and industrious nature bring a Carol King song to mind – “Nobody Does It Better.” She is a powerhouse of energy and dedication.”

Patty’s proud mother, Lea Prothe, continually marvels at Patty’s accomplishments. She attributes much of her selflessness and desire to give back to the community to the example set by Patty’s father, Leonard Prothe. With Patty reigning as the oldest of three siblings, she was a leader from the get-go. From organizing a summer baby-sitting service to extracurricular activities, she was a perpetual motion machine.

Sharing a loving and successful family with John Gates, she can be seen with her family enjoying football and cheering for the Broncos. As a mother of two, and grandmother to six, Patty’s family takes precedence in whatever free time she can carve out of her dynamic life.

Patty’s presence and influence within our community bring stability and performance to every facet of life here. With the future in mind, Patty encourages and challenges others to take pride in their community, and to get involved. Don’t leave it to others to shape Greeley’s direction. Get in there and get it done! 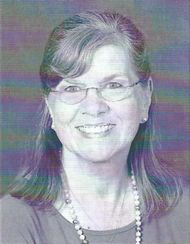 A dozen women nominated the elegant Jean Daviet – expounding on her virtues and generosity to others; including her two daughters, Karen and Jennifer. They shared: “We’ve always been proud of Mom. She pursued an Engineering degree when women weren’t welcome in that field. She worked hard proving women were just as capable as men and achieved a high level of professional success in math, science, computer programming, and project management, which blazed the trail for future generations of women.

“Learning and education are always a priority. She established a library in our elementary school that didn’t have one. She instilled the importance of our heritage by travelling to Lithuania, where her father’s family originated, to teach English classes.

“She demonstrates the importance of ‘family” including our father in every family holiday and vacation over 30+ years, never making it awkward for us, after they divorced. She’s hosted countless Nana-Camps teaching her 15 grandchildren to cook, sew, play chess, stand up for what’s important to them, and to appreciate each other. She loves them, and her four children unconditionally; we are blessed.”

Jean is a woman of strong faith who knows her Bible and loves God! She is active in her church and gives her Savior credit for every good thing that’s happened in her life. Jean has been a leader of Greeley Republican Women. Her knowledge and understanding of bills and laws, and unbiased discussions about politics, never judging, but simply discussing the facts, draws deep respect.

Jean is well traveled. She understands all women are on their own journey and those journeys are diverse. That diversity makes us capable and interested in learning opportunities, which Jean encourages. She mentors young women using exceptional knowledge gained from a lifetime of experiences helping others.

Jean is devoted to the Habitat for Humanity home owners. She served as president and a board member through tumultuous times and she continues to support the current Board and staff while donating time doing taxes for Habitat families. Jean and friends built a Habitat home last year honoring the ‘Love of her Life,” Dave Daviet! This loving couple challenged each other’s intellect, respected one another and delighted in managing their investment portfolios; buying stock for their grandchildrens’ college educations. They did well and through those investments Jean has donated to many organizations that have impacted lives in our community.

At 75, Jean is an “active” retired professional involved on the boards of Women2Women, the League of Women Voters, and Northern Colorado Women in Business. She supports the ARTS, loves opera, the Greeley Philharmonic Orchestra and takes great satisfaction from introducing guests to the ‘concert experience’ at the Union Colony Civic Center.
Jean welcomed a young man diagnosed with autism into her home. Taught him work skills using his God given talents doing odd jobs – boosting his self-esteem. Her husband Dave provided him with a treasured male role-model. His mother Linda says, “They helped Ryan’s critical thinking to develop a CAN-DO attitude.”

Another couple expressed their gratitude to Jean for guiding them through the tedious process of starting a nonprofit agency.

Jean always reflects on how blessed she has been in life and is constantly looking for ways to share those blessings with others. She does all this ~ simply because she can! 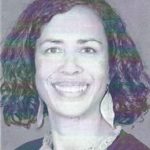 Past honored W2W board members:

The Power Of The Purse

Our mission is to provide one-time financial assistance to women in Weld County. We do so with open hearts, a respect for the generosity of our donors and the privacy of our recipients, and a belief that we can make our community a better place through our actions and commitment.

You will also find events and fundraisers on our Facebook page.

Your ticket for the: W2W Board Members Honored at 2017’s Celebrating Women Gala